What is a Fingerboard Radius?

What is a fretboard radius? A picture speaks a thousand words: 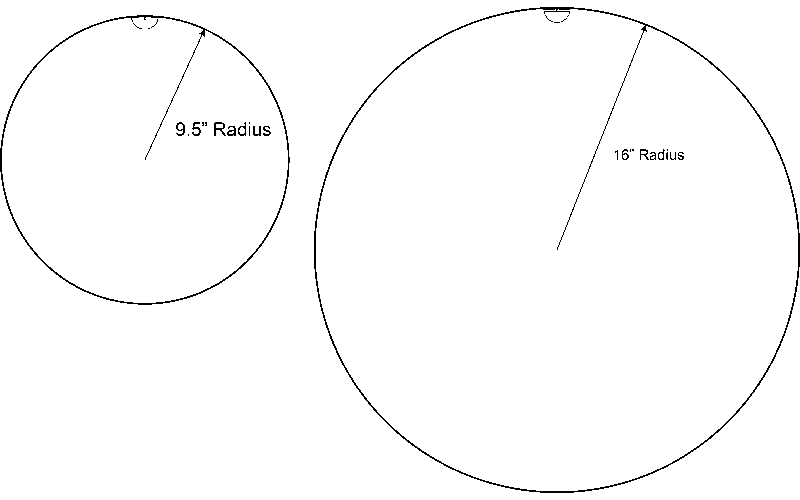 As you can see, if you draw a circle with a given radius the fingerboard with the corresponding radius matches the profile on the resulting circle.

A fretboard with a smaller radius is easier for chording. The roundness of the fingerboard is comfortable to play. However, smaller radius fretboards don’t do as well for players who do a lot of intense string bending. This is because during string bends, higher frets may interfere with string vibration and may bottom out. For this reason, it is more difficult to get an ultra low action on smaller radius fingerboards – which is often a goal for aggressive players.

Compound radius fingerboards have achieved a bit of popularity for their flexibility – easy chording in lower positions, along with the possibility of low action and aggressive bending in the upper positions.